1. People have been living in Klerskorp for over 150 years.

2. Klerksdorp is part of the city of Matlosana municipality.

3. The city inherited its name from Jacob de Clercq.

4. Desmond Tutu was born in Klerksdorp.

5. It's much bigger than people think

6. Home to a vast shopping center.

9. Klerskdorp's biggest newspaper has been in business for more than 100 years.

12. There have been sightings of strange spheres in the area.

13. Home to the largest agricultural company South of the equator.

14. Klerksdorp even has the largest maize silo in South Africa.

Book your next trip with Limetime Shuttle Service, we have daily shuttles between Bloemfontein and OR Tambo, Rustenburg & Lanseria, Nelspruit & Klerksdorp, so many different destinations to choose from.
Travel with safety and comfort with Limetime shuttle service. 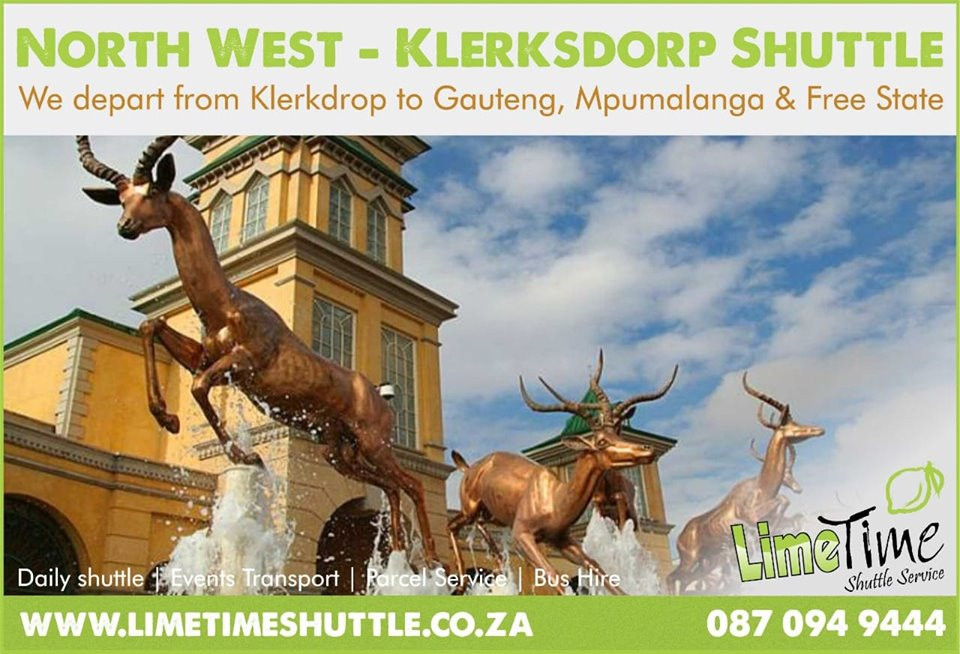