In November 1885 gold was discovered in the Klerksdorp district by M. G. Jansen van Vuuren as well as on the Witwatersrand, which lies about 160 km to the east. As a consequence, thousands of fortune-seekers descended on the small village, turning it into a town with 70 taverns and even a stock exchange of its own. This stock exchange opened its doors in 1888 and soon did a roaring trade, selling as much as the equivalent of R20 000 in one day.

However, the nature of the gold reef demanded expensive and sophisticated equipment to mine and extract the gold, causing the majority of diggers to move away in the late 1890s and leading to a decline in the gold mining industry. This also led to an early demise for the Stock Exchange that stood empty for many years, were converted to a movie theater in 1912 and finally being demolished 1958. The amalgamation process used to extract the gold from the crushed ore was relatively inefficient and largely contributed to decline. By 1893 the new MacArthur-Forrest process used for gold extraction brought a short-lived revival in the Klerksdorp gold mining industry, but uncertainty created by the Jameson Raid of December 1895 as well as transport problems created by the Rinderpest of 1896 soon led to a near collapse of the industry. The greater city area[clarification needed] of Klerksdorp incorporates the towns of Orkney, Kanana, Stilfontein, Khuma, Hartbeesfontein and Tigane, giving it a population of more than 350,000 inhabitants (Census Statistics South Africa 2001). Together with Rustenburg, Klerksdorp forms the economic heart of North West Province. It is one of the hubs of the South African gold mining industry, although its importance has been decreasing in recent years. A major earthquake in March 2005 caused significant damage to the eastern suburb of Stilfontein and caused widespread damage to mining activities. It is expected to be a large uranium producer in the future.
Apart from mining, Klerksdorp is positioned as a notable medical, retail and educational centre for North West Province and Northern Free State.
The Klerksdorp district is a major contributor to South African agriculture; maize, sorghum, groundnuts and sunflower are important crops farmed in the district. Klerksdorp has the largest agricultural co-op in the southern hemisphere, named 'Senwes'.
The farming district is also known for its Sussex cattle herds - the city is the headquarters of the South African Sussex Cattle Breeders Association. 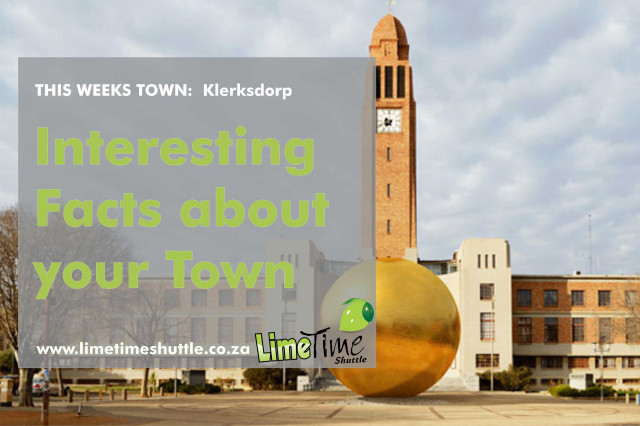