Limetime Shuttle Town of the Week

Rustenburg City is a city at the foot of the Magaliesberg mountain range. Rustenburg is located in the North West Province of South Africa. It was one of the official host cities of the 2010 FIFA World Cup,

The town was established in 1851 as an administrative centre for a fertile farming area producing citrus fruit, tobacco, peanuts, sunflower seeds, maize, wheat and cattle.
https://en.wikipedia.org/wiki/Rustenburg 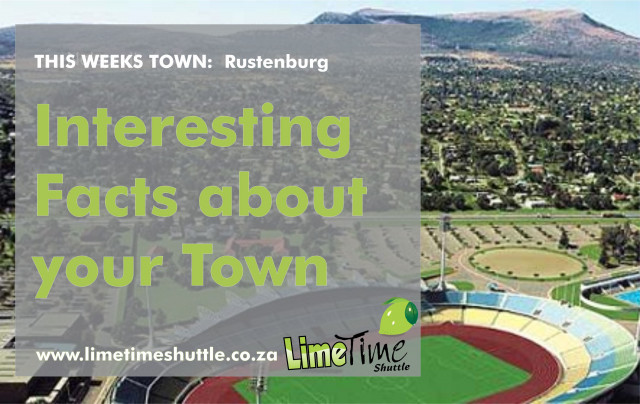 More posts from author
Friday, 29 November 2019 Students...Save with Limetime !!
Friday, 22 November 2019 School's almost out!
Friday, 20 September 2019 Here are 9 facts about Nelspruit, one of the fastest-growing cities in South Africa: